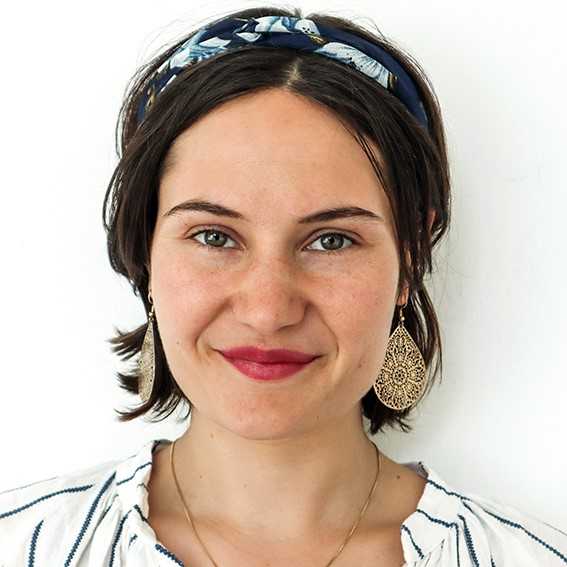 In spring of this year, we organized the hackathon . 130 audio files with biotic and abiotic ocean sounds inspired the participants to create almost 30 compositions. In this last post of our series, we introduce you to participant Artur Sommerfeld.

Artur welcomes me digitally in his studio in Berlin Kreuzberg, and I get a guided tour. Microphones, lots of keyboard keys, hanging cables, and many instruments that I can’t name. With his electronic piano, he knows no boundaries. Here, he is producing soundtracks for commercials and films. But his interest lies mainly in music composition & film soundtracks. In addition, he is also a sound designer, works a lot with professional speakers for radio and TV and also creates sound installations in the context of museums. He prefers to use his expertise for artistic content. That’s why he took part in the Your Ocean Sound Hackathon and reached third place.

Artur has been playing the piano since he was 10. Ever since, he’s been appreciating this powerful instrument as a tool with which he explores topics and expresses himself. Initially, also driven by social pressure to do something “rightful” in life, he followed his interest in sciences and studied mechanical engineering. However, he later decided to turn to his passion: music. As a career changer, he had worked as a sound designer and composer in a Berlin sound studio for years and eventually dared to take the step into a few years later. Parallel to his work, he has his own private !

We all know what it sounds like in a forest. But I was surprised at how animals sound underwater - a whole new world opens up.

Artur, tell us more about your submitted composition.

I was first interested in the sounds of the wide variety of species and their peculiar sounds. Then, I discovered the disturbing noise. I noticed that I was dealing with two different anthropogenic noise sources: direct and indirect ones. In my composition, “Singing ice”, sounds from both sources meet. By direct noise I mean, for example, engine sounds from ships, while ”indirect sounds", for example, breaking and collapsing ice, arise from anthropogenic induced global warming. In my piece, I was concerned with conveying the seriousness of the situation, so I created a dystopian and alarmist atmosphere. The sirens are reminiscent of a war scene.

The core message in my song is the severe situation we have been in for a long time. The noise caused by humans, which negatively affects the animals, is one issue. The other is obviously the climate change! If we do not slowly become aware of what we are doing and fundamentally change things, the dystopia I am trying to describe here will become a reality (if it hasn’t been one for a long time already).

What was your experience with the hackathon? What did you particularly like and dislike about it?

I liked the concept of bridging the gap between art and science through a musical exploration of animal, environmental and natural sounds. Researchers see these technical recordings very differently. I think it’s exciting for them to see how they can be the basis for musical compositions. The organization of the hackathon was great, and the Mediasphere team was friendly!

What other sounds would you like to have in the data portal?

In general, I would like sound recordings of other animal species in the data portal, not just underwater animals. In my practice as a sound designer, I use animal sounds more often when making soundtracks for movies or videos. If I had to search for animal sounds in the future, I would think of the Museum of Natural History first!

The of the Museum für Naturkunde Berlin is one of the oldest and most extensive collections of animal voices worldwide. Many recordings can also be accessed via our .

Why did you decide to participate?

Because of the topic. My heart beats for natural sciences!

What particularly appealed to you about the underwater sounds?

Above all, I found it exciting to discover sounds that we don’t perceive in everyday life. Of course, we all know what it sounds like in a forest. We can easily make this experience. But I was surprised how animals sound underwater - an entirely new world opens up. Seals shout like aliens! We, humans, have little awareness of ocean sounds. I want to explore this world further.

Would you participate in another music hackathon?

I was thrilled to be shortlisted and would love to participate again!

In this series, we let the hackathon participants have their say and listened on different levels. It is essential to the Mediasphere team to inspire new narratives with collection-related media and spark knowledge-based conversations about contemporary issues. Through the music hackathon, we got to know multiple perspectives on underwater noise. In our next blog post, we will introduce to you the brand new music player of the data portal, with which you can easily explore all the recordings again.